A 9/11 hero firefighter struggling with survival guilt is blackmailed into a journey of redemption by a photographer who can prove he survived only because he ran away.

A Japanese couple honeymoon at the Chelsea Hotel in New York. That night the wife finds her husband's dead body and a video tape of the brutal murder. A NYPD Detective, first at the murder scene, attempts to get to the bottom of the mystery of the murder in the locked room.

A group of friends visit a lake where horror author Stephen King lives, and start getting killed off one at a time.

A child psychologist looks for redemption in a suicidal 8-year-old boy who unknowingly holds the key to stop the Mayan predicted apocalypse. 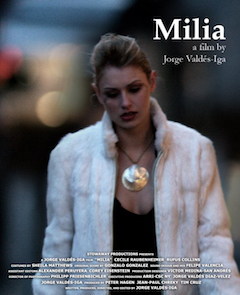 Featured on American Cinematographer Magazine, a high-profile NY fashion photographer is seduced by a model that turns out to be his daughter.

Recognized by a 3 page article on AMERICAN CINEMATOGRAPHER MAGAZINE

This episode follows the rise to prominence of the University Of Miami after years of indifferent results. New coach Howard Schnellenberger revitalized the program by introducing fresh blood and fresh attitude into the team.

WITH A KISS I DIE

Filmed on the beautiful islands of Greece, "With a Kiss I Die" is a dark love story about Juliet Capulet (from Shakespearean fame) who is forced to live for all eternity knowing that her true love died in her arms nearly 800 years ago. Broken and numb, she meets a young woman who captures her heart again, and teaches her that love and loss are all a part of life, and that a life without love is no life at all.

Set in 1991 on the inner-city streets of Oakland, California, cocaine dealer Charles Cosby has his life changed forever when he writes a fan letter to the "Cocaine Godmother" Griselda Blanco, who is serving time at a nearby federal prison. Six months later, Cosby is a multi-millionaire, Blanco's lover, and the head of her $40 million a year cocaine business. Also known as "The Black Widow" for her propensity to permanently dispose of her men when she's done with them, Blanco will stop at nothing to ensure that Charles is faithful to her. Cosby soon learns that he's in way over his head.

A group of friends visit a lake where horror author Stephen King lives, and start getting killed off one at a time.